- By 2023, 80% of annual sales will be invested in original technologies to achieve a new leap forward

Seongnam, Sept. 16, 2021 - NAVER Cloud, a leading cloud service provider (CSP) in Korea, announced today at an online meetup that it will accelerate its business growth with massive investments in proprietary technologies and expertise. The company expects to become a top 3 cloud company in the Asia Pacific region, including Japan, and advance its global expansion. 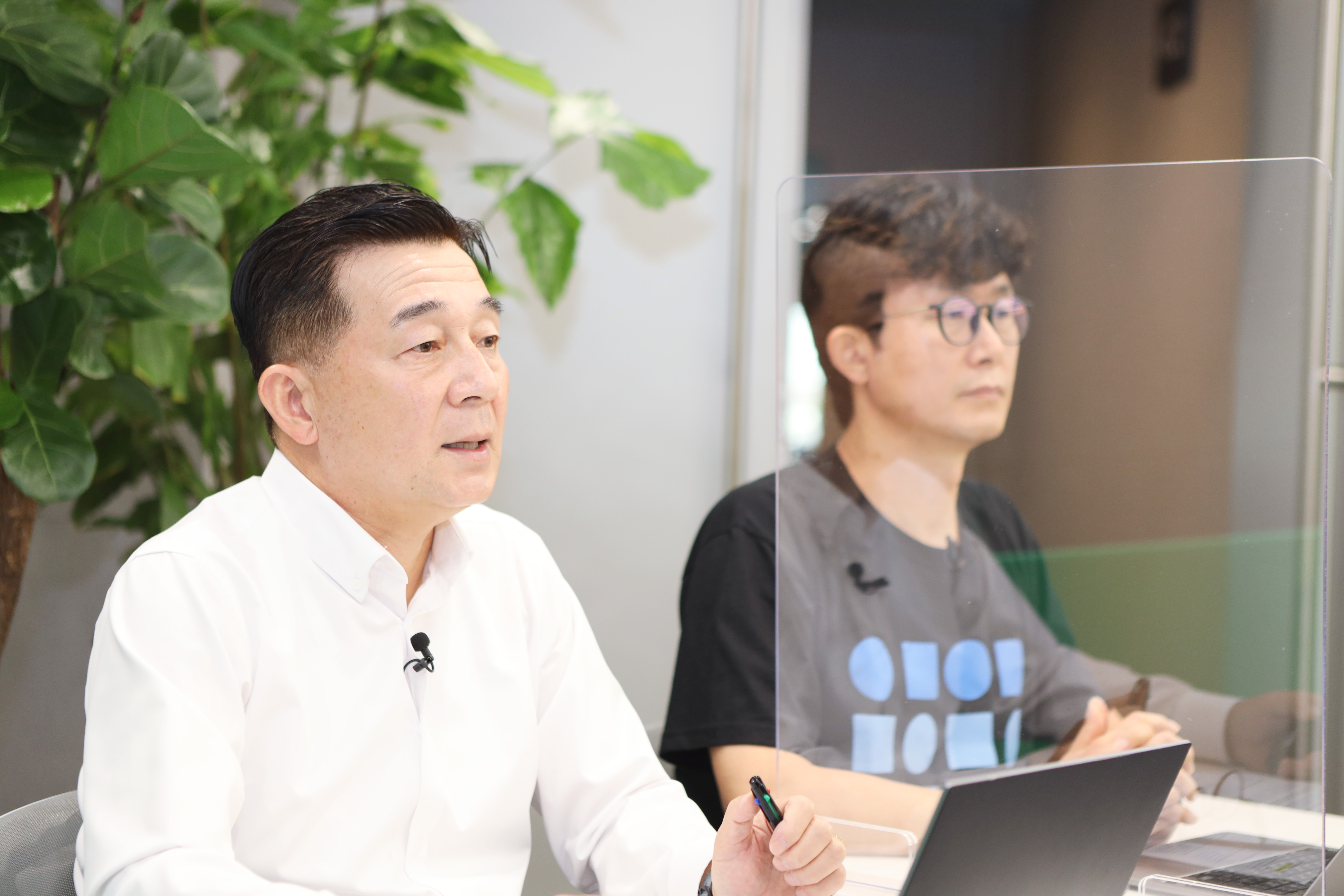 Since launching its Cloud platform business in 2017 with 22 products, NAVER Cloud has grown to become a top 2 cloud service provider in Korea, with globally competitive products. In just four years, the company has expanded its product portfolio more than eight times, with 189 products in 18 categories.

Enabled by its continuous development of an expanding portfolio of globally competitive products and technologies, NAVER Cloud is offering the most scalable and easily configurable cloud service to meet the customers’ diverse needs.

Based on its technology investments and portfolio expansion, NAVER Cloud’s revenue in 2020 grew to KRW 273.7 billion (USD 234 million), up by 41% compared to the year before. The growth rate is much higher than those of the global (29.3%) and domestic markets (18.7%). NAVER Cloud expects that its annual revenue this year will reach KRW 400 billion, up by 46% YoY.

“NAVER Cloud’s core value is providing services with various technologies and expertise that NAVER has accumulated by operating a wide range of internet services, including search engine, shopping, messenger, video, games, etc.,” said Kim Tae-Chang, NAVER Cloud’s Chief of Cloud Business. “With our solutions, we support customers in any industry that requires best-in-class IT capabilities.”

NAVER Cloud has established its position as a leading business in Korea by providing stability to public services during the pandemic. For example, NAVER Cloud resolved a recent access error on the COVID-19 vaccine sign-up system. The company also provided the whole range of cloud platform products for free as well as unlimited NAVER Map API to a company that shared real-time updates on infection cases and face mask availability during the beginning of the pandemic. NAVER Cloud was at the forefront of the national crisis when a vast amount of money, manpower, and effort was required and supported public needs with the sense of responsibility as a leading business in Korea.

Having established itself as Korea’s leading cloud company, NAVER Cloud plans to narrow the gap with global CSPs dominating the local market and accelerate its global expansion. The company’s proprietary technologies and massive investment is the key to it reaching the next level.

NAVER Cloud is the only cloud service in Korea that has proprietary technologies, including Infrastructure as a Service (IaaS), Platform as a Service (PaaS), Software as a Service (SaaS), and hybrid clouds. NAVER’s original technologies allow it to develop and provide products that clients want. Its differentiated technologies will be an important stepping stone for global expansion.

“As cloud adoption is spreading widely across industries, the completeness of platform service offerings and establishment of a cloud-native environment became the new criteria when selecting a cloud service provider,” said Jang Bumsik, leader of NAVER Cloud’s platform business. “NAVER Cloud is providing a platform in various forms that meets the needs of developers so that they can focus on developing applications without the burden of building and managing infrastructure or platform.”

According to the Open Survey respondents, the most important factors for customers when choosing a public cloud were reasonable pricing (52.1%), customer support and response to the outage (41.1%), availability of various PaaS solutions (37.4%). NAVER Cloud is focusing on developing and investing in PaaS in response to customer’s growing needs.

NAVER Cloud is providing differentiated technologies, including Cloud DB services that easily build and manage databases, such as MySQL, MSSQL, Redis, MongoDB and Kubernetes that effectively manage container clusters to distribute and deploy applications more efficiently and quickly as well as a Cloud Functions service that can run code without servers.

In addition, based on NAVER’s robust data and technological capabilities, NAVER Cloud is preparing for future solutions and technologies, such as Mobile Edge Computing (MEC) linked with 5G, Robot as a Service (RaaS), and isomorphic encryption. Furthermore, its hyperscale AI, HyperCLOVA, is expanding its application to various NAVER Cloud Platform services, allowing enterprise cloud customers to apply the large-scale language model to their services through NAVER Cloud Platform.

Along with its investment in technology, NAVER Cloud is continuing its large-scale investment, such as expanding its workforce more than three times and establishing an eco-friendly data center, GAK Sejong, to build the world’s best-in-class hyperscale data center.

“We will invest up to 80% of our annual revenue back into technology development and manpower by 2023 to secure a new growth engine,” Jang said. “NAVER Cloud has already grown to become the top 2 cloud service provider in Korea and we will firmly establish ourselves as the top 3 provider in Asia-Pacific, including Japan, expanding our business footprint in the cloud industry.”